Carol of the Birds 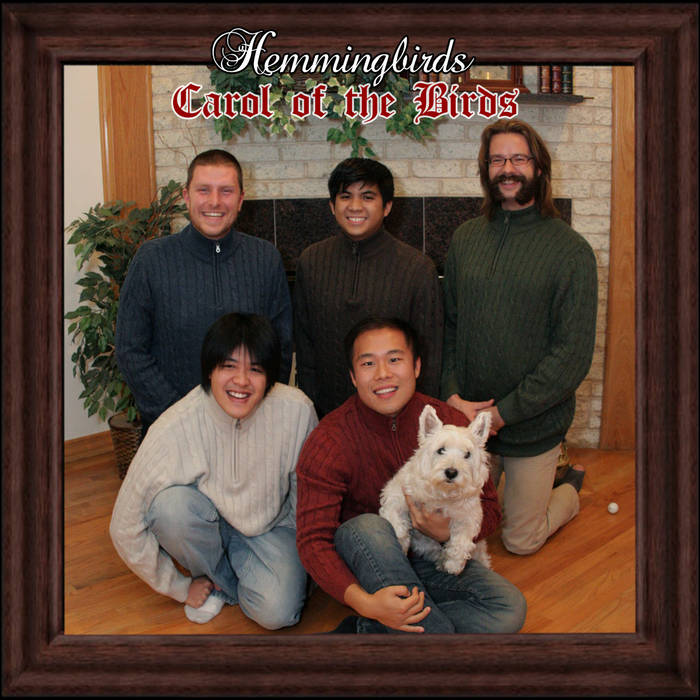 "While short and simple, the album is well-composed and does a damn good job of spreading the holiday cheer." - Chicagoist

Carol of the Birds is a collection of songs recorded over the past several years during the holidays. These songs are not limited to this tracklist and release. Rather, the album has been and will be continuously updated with more and more holiday music renditions. Enjoy these songs as a gift from us to you and please check back for more music. Happy holidays!

"Winter Wonderland" performed and arranged by Yoo Soo Kim. Written by Felix Bernard and Richard B. Smith. Recorded during winter of 2008.

"Feliz Navidad" performed and arranged by Zach Benkowski and Yoo Soo Kim. Written by José Feliciano. Recorded during winter of 2009.

"Let it Snow!" performed and arranged by Yoo Soo Kim. Written by Sammy Cahn and Jule Styne. Recorded during winter of 2007.

"Have Yourself a Merry Little Christmas" performed and arranged by Yoo Soo Kim. Written by Hugh Martin and Ralph Blaine. Recorded during winter of 2008 and 2010.